Another awesome achievement by Dan and Gina Duncan.

The 2018 New Zealand Dairy Industry Awards winners are smart people who are technologically savvy, care about people, the environment and cows and who are doing very well at dairy farming.

“This year there have been a few trends amongst the 33 finalists competing for honours in the awards programme,” General Manager Chris Keeping says. “The finalists are acutely aware of the importance of biosecurity and health and safety with regards to both environmental issues, animal management and sustainability.  It’s extremely positive to see such dedication to these issues within the industry.”

Share Farmer head judge Kevin McKinley, from DairyNZ, says the judges were impressed to discover how educated the entrants were, either tertiary educated or looking to upskill themselves. “We’ve been from one end of the country to the other and we have met a stunning group of people excelling within the industry.”

“We met people who genuinely value other people and how they can help them progress through the industry.  They realise you have to look after staff and value them if you want to keep them. The winners will be excellent ambassadors for the dairy industry,” says Kevin.

Fellow Share Farmer judges Matt Richards, from Southland and Jacqui Groves from Westpac say it’s fantastic to see people putting themselves out there to be judged.  “The industry is in good hands,” says Matt.  “They might be doing it differently to how we used to, but the next generation is growing the industry and evolving and the rest of us have to be ready and prepared.”

The judges say Dan and Gina Duncan can be summed up in three words – passionate, professional and committed.  “They are a friendly, out-going couple who are working on an exceptionally challenging farm.”

“They epitomise living the dream.  They left secure jobs as registered valuers and made the career change to dairy farming, and they’re excelling at it. They’re the complete package.”

“Nothing has come easy for them, they’ve had to work hard” says Kevin.  “When they first began their career, they sought out employers that they thought would be good mentors and role models for them.  They’ve looked for opportunities where people are considered important.”

The Duncans are 50:50 Sharemilkers for the Pouto Topu A Trust milking 1020 cows on the 460ha Pouto property.  Both Dan and Gina, aged 32, hold Bachelor of Applied Sciences majoring in Rural Valuation and Management, with Dan holding a double major including Agriculture. 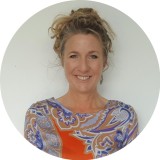